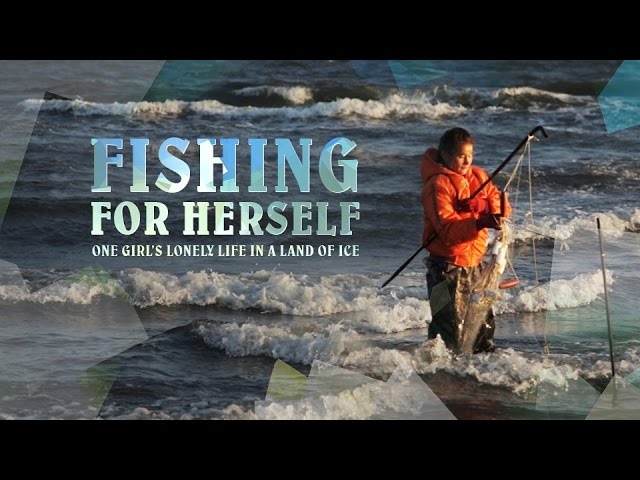 Anna was born on the remote and icy Sakhalin island. She grew up in a children’s home and when she left, decided that fishing would be her livelihood. It is hard work but Anna strives to be independent and rely on no one but herself. She wants to be equal to men in everything she does and refuses to be seen as a weak woman in need of anyone’s help. She works all day and in her free time plays ice hockey for an otherwise all-men team.

Anna loves her cats and takes care of her new-found relatives, but still doesn’t believe she needs anyone else in her life and thinks she’s better off living alone. She still bears a grudge against the people, mainly women, who caused her harm in her childhood and teens. It’s hard to let go of her past. Perhaps that’s why she has never fully embraced her present reality, still looking and behaving like a child, despite her age. It seems as though Anna lives in a world of her own, carefully guarded against intruders, refusing to get close to anyone, in case she might have to change her ways.

Sometimes, she thinks she might like to try and start her own family but as she’s never had a positive example to follow, she admits she has no idea where to begin or even what a real family should be like. So she sticks to the life she knows; ensuring her own survival, never trusting anyone completely and fishing, for herself, in the icy lakes of Sakhalin Island.

However, even a loner like Anna can harbour dreams of a very different life, no matter how improbable that may seem at the moment.

SUBSCRIBE TO RTD Channel to get documentaries firsthand! http://bit.ly/1MgFbVy