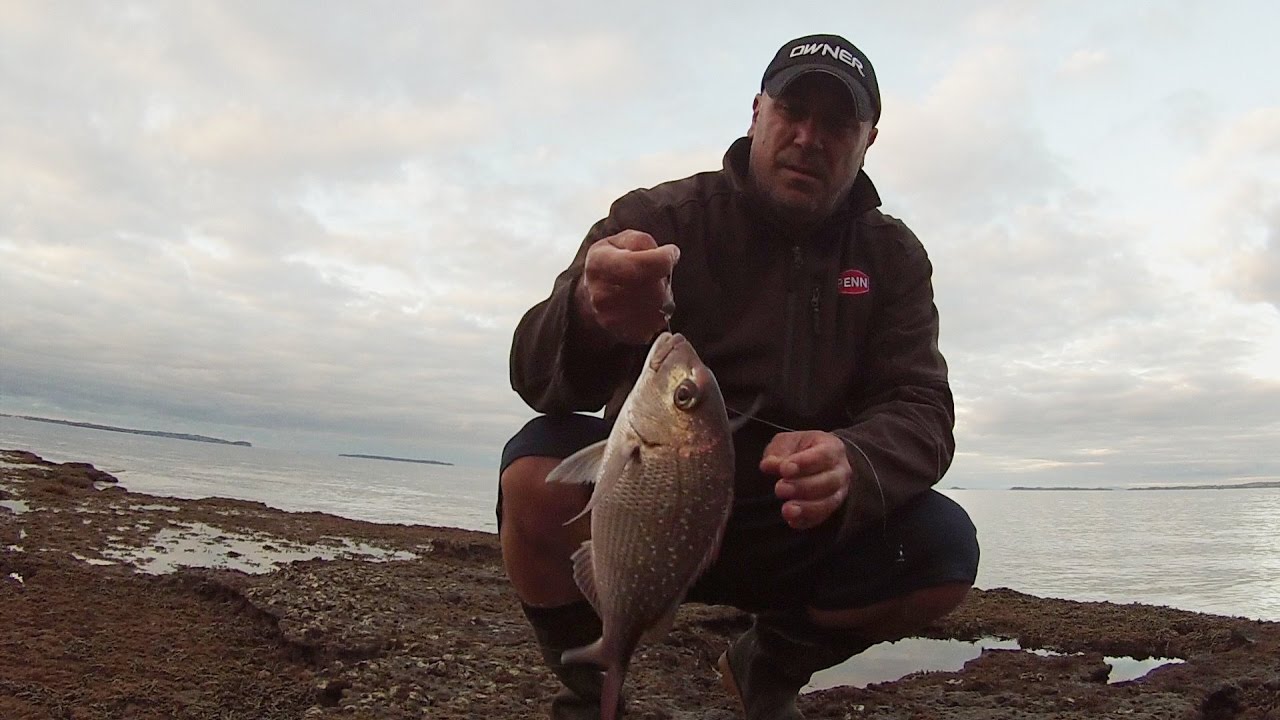 I headed off to an old haunt I use to fish about 10-15yrs ago with an old mate, this spot use to produce some sold Reds to 15lb and the odd bigger that you couldn’t stop before getting dusted off. We fished this spot on the dead low and would get an hour before the tide pushed you off the point, even then nudging back every 10-15mins we still caught nice fish all the way to half tide in before we were fully cut off.

The tide was about an hour to early as I like to fish this spot on dark while still dropping for an hour – this allows the smell of your bait swirl around in the shallows before that magic hour.

I didn’t expect to much to happen so the plan was to just put a little vid together showing how I fish from the bricks. It was a mint afternoon with little wind and calm conditions, I even managed to pull up a few small Snaps which were released to fight another day.

This is my first vid I have put together showing how I fish and the things I do when fishing from the rocks – it won’t be everyone’s cuppa tea and it to show you how I do it not how you should do it..

I hope you enjoy

Are you struggling with Soft Plastics? 10 Fishing Tips to Improve your catch rates
DIY Fishing Hacks: Build Your Own Clip-On Bait Towels for Under $1 Each!
Brent Ehrler Shares Three Critical Drop-Shot Mistakes (and How to Fix Them)
😲Best Fishing Method With Bamboo Tools Teta
Winter Bass Fishing Tips And Tricks