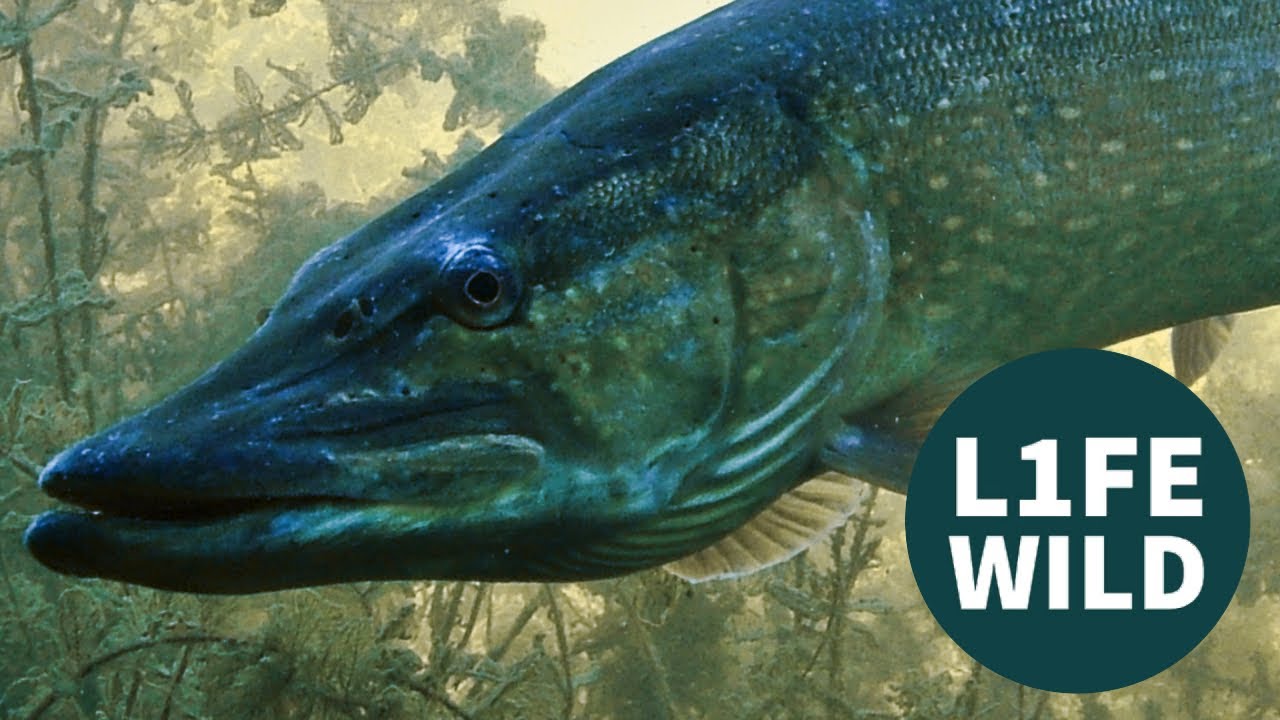 This is an insight into one of Britain’s largest freshwater predators, a native fish that has ruled our
waterways for millions of years and current resident within the depths of our most famous river, the river Thames.

Lurking in the shadowy depths a top fish predator key for maintaining the health of rivers canals and lakes the Northern Pike. This pike may grow up to the record size of 5ft in length and weigh up to 28 kilograms. This predator sports stunning colors of yellows olive greens and whites. They have spots and patterning along their flanks to help break up their silhouette. As ambush hunters armed with camouflage and good eyesight they will lurk stalk or line wait for prey amid the aquatic features.

These fish have been spotted. A cruising pike seizes the opportunity to vanish, reading itself to strike! Their long slender body and narrow pointed skull help them cut through the water at lightning speed. Even as juveniles pike are just as deadly having a strong instinct to hunt prey as large as themselves. Upon strike impact pike will grapple with prey with their impressive rows of teeth, before swallowing them whole. But these pike are not without their most shocking secrets, they are in fact also cannibalistic. By eating their own kind they ensure a sustainable stock of prey is available for the next generation of rulers.

The role of this iconic fish species, is to keep prey numbers in check, preferring to hunt other fish, waterfowl, mammals and amphibians that are already sick injured or dead. In doing so, predators such as pike help prevent outbreaks of diseases, keeping water bodies that wildlife and us humans depend on healthy.